Other 2019 Albums Worth Checking Out for Yourselves 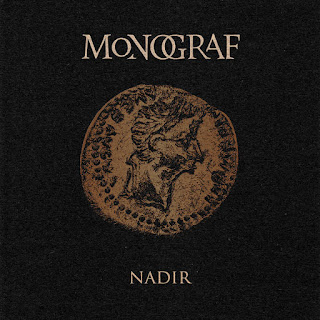 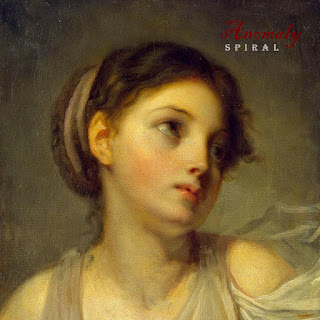 82.8125 on the Fishscales = B-/3.5 stars; a fair contribution to prog world, one that shows promise but a need to grow and improve. 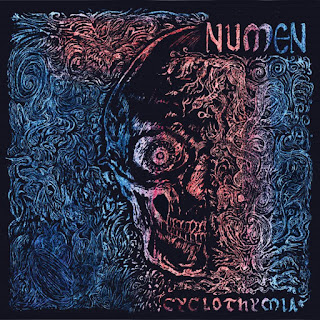 NUMEN Cyclothymia
Once again I'm confronted with an album that has been garnering a lot of high praise from other reviewers that falls shockingly short of the expectations laid out before me. The song structures are simple, I hear little virtuosity from the instrumentalists, the Neo Prog "hooks" used to try to win over the listeners allegiance feel so scripted and cloying as to make me wonder if the players had any fun at all in laying down these tracks, the sound engineering is quite flawed--which might be made possible by the dated instruments chosen to transport the band's ideas and sound (especially the keyboards), and the music laid down to support the vocal sections is often rather dull and anemic.
Line-up / Musicians:
- César Alcaraz / vocals
- Marcos Beviá / guitar
- Manuel Mas / keyboards
- Víctor Arques / bass
- Gaspar Martínez / drums
The opening song, 1. "The Man with The X-Ray Eyes" (6:54) opens strongly--as a great instrumental--but then takes an unexpected turn toward homogeneity with the entrance of the AMBROSIA-like vocals. Why he gets so melodramatically emotional in the second verse I have no clue but it's too much, over the top, for me. (12.75/15)
2. "Some Faith" (5:01) opens with solo electric piano before lead singer César Alcaraz enters. Synth washes and lead electric guitar make appearances before drums and bass join at the end of the second minute. Nice section after the first guitar solo, but then it becomes Disney soundtrack (I'm reminded of the original Aladdin film). The lead guitarist shows some flair in his final solo around the 4:00 mark. (8.5/10)
3. "A Cosmic Prayer" (7:04) opens with some cool keyboard sound and fast cymbal play before a series of power chords enter to introduce a series of chords. When the song's rhythm and tempo is finally established, the strangely effected vocal enters. It often feels out of sync with the instrumental music--as if it doesn't even belong to this song. The music is so purely rock 101 support and the vocal so mismatched. At 3:35 there is an instrumental interlude that is nice--with pleasant guitar and synth soli and interesting chordal and tempo changes--but then we have to go back to the anemic main theme. (12/15)
4. "Cyclothymia" (14:30) The title song and album's longest epic hits all the right buttons but lacks excitement and soul. It's prog-by-the-numbers. It opens with ominous solo electric piano arpeggi (supported by background synth washes). César enters singing in a lower register. This is better though still wobbly and having trouble with pitch and pocket. Nice FIXX-like guitar chord play between the vocal sections in the fourth minute. Though there is a distant electric guitar soloing nicely in the background of the second verse, the music is just so soulless. The instrumental middle section starting in the seventh minute is nice--some power and creativity expressed here both musically and with added samples and tapes--but then it shifts into a disappointing and overly simple piano- and organ-based URIAH HEEP-like section at the eighth minute. It does recover its allure a bit once it reverts to slower tempo, and then as the music builds and fills with the emotionally-delivered final verses. Kind of SYLVAN-like here. nice finish.  (24.5/30)
5. "Lady of the Winds" (5:31) opens with child singing "rain, rain, go away, come again some other day" before VANGELIS-like theme opens the instrumental music. Vocal enters dully and with pitch issues at the end of the first minute. Nice instrumental support, but this vocalist is not up to the task of professional enhancement of the music he is given. Music takes and odd direction in the fourth minute, kind of campy, before Spanish guitar solo. Were there no singing or lyrics to this song, it would be free to explore some exciting instrumental expression, but, as it is, the song is like a classic rock support for the vocal. The new AMBROSIA? (8/10)
6. "Footprints" (9:27) opens with piano and some oddly effected electric guitar establishing a rather ominous, almost sad, emotional tone. When César enters with a frail, warbly voice, I am suddenly confused: what kind of emotion is the band trying to convey here? It's a nice, engaging musical foundation--not unlike Chilean prog band AISLES--but unpolished. At 3:40 there is a clean break and switch into more spacious instrumental section. This is nice. With the climax of "Cyclomythia" and the instrumental opening of "The Man with the X-ray Eyes," this is the best part of the album. When César rejoins, they almost make it work, but then things just fall apart after the music leaves the hard-driving guitar-based section to become more theatric for it's climactic end. (16.75/20)
Total Time 49:03
This album shows potential but the sound, song constructs, vocals, and energy injected into the music all need improvement. I wish the band could benefit from some different input from other producers to bring this same music up to modern standards.
82.5 on the Fishscales = C/3.5 stars; a nice addition to a prog lover's music collection--especially if you like Neo Prog or prog-related acts like Ambrosia and Journey. 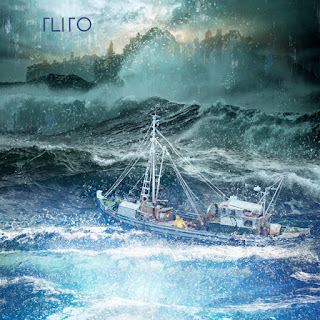 Total Time 65:13
C+/four stars; a nice freshman contribution to Prog World, but these youngsters have some growing to do. 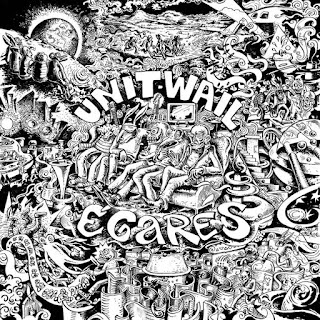 Total Time 45:48
Maybe this was as good as they ever were and it was just the shocking freshness of their sound in 2012, but they have definitely lost me as an interested fan.
79.25 on the Fishscales = C/three stars; a good but non-essential addition to the prog lexicon. 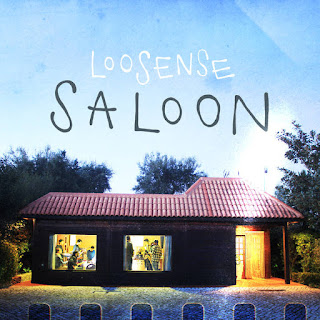 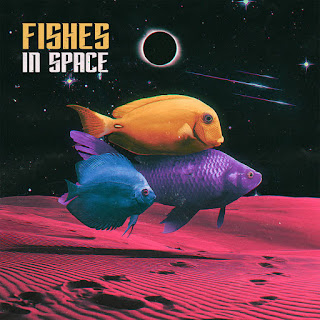 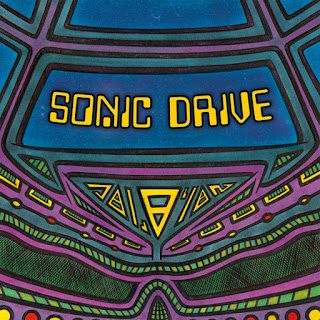 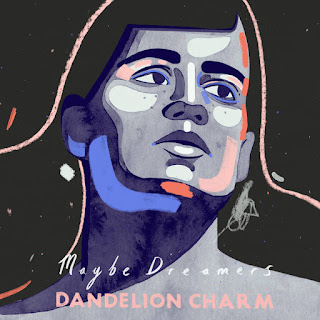 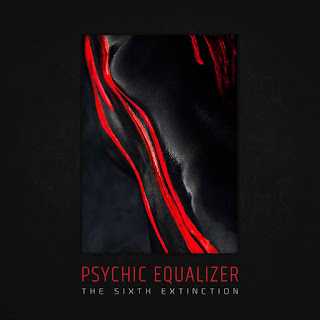 PSYCHIC EQUALIZER The Sixth Extinction
A collection of sadly unpolished music/compositions by an artist that I really admire.
Posted by Drew Fisher at 7:02 AM No comments:

I am by no means an expert in this area--and it can be evidenced from the list below that I have not listened to all albums that might qualify as Jazz-Rock Fusion or Jazz Fusion albums, but the sub-genre is not dead. Below I have listed the top-rated albums of the 21st Century (according to my personal metric ratings system).

My Highest Rated Zeuhl Albums of the 21st Century

Yes, Zeuhl is alive and well in the 21st Century--and not just because Magma keeps producing excellent albums. There are young bands all over the globe picking up the torch. (I wonder what Christian Vander thinks of that!) Below is my list of the highest-rated Zeuhl releases of the 21st Century (according to my personal metric ratings system).

* Denotes - an album that may be better suited to another category/may not be Zeuhl
As-Yet Incomplete Reviews:
UNIT WAIL Beyond Space Edges (2015)
XING SA Création de l'Univers (2011)